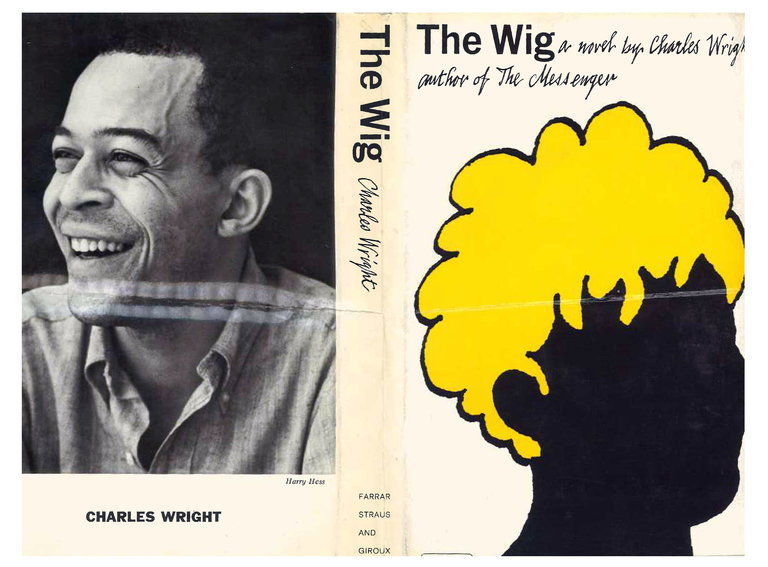 When asked about his childhood in a 1964 interview, the writer James Baldwin noted the importance of libraries in his development. “I finally read my way out of Harlem,” he said, and listed titled by Dickens, Dostoevsky, Ralph Ellison and Richard Wright as highlights of his reading. He tacked on a single work by an emerging writer, The Messenger, the first novel by an African-American novelist named Charles Wright.

This was no small endorsement; Baldwin was a major literary figure by 1964. Wright was a columnist for the Village Voice. Whatever Wright’s literary ambitions, praise from an established writer of Baldwin’s calibre must have been gratifying for the first-time novelist. Two more books followed – The Wig (1966) and Absolutely Nothing to Get Alarmed About (1972), both slim, assured volumes marked by Wright’s shrewd, ambivalent voice. Thereafter, silence.

Wright did not die young or suffer some cruel, debilitating fate. He simply dropped off the literary radar. He talked of plans for a book of short stories in a 1972 interview, but it never materialized. Another wave of young writers moved to the front rank. Wright’s moment receded further still. An omnibus edition of his three books appeared in the early 1990s, complete with the news that he was at work on a new novel, but the book in question was never published. He died in 2008, weakened by years of heavy drinking. His name was by then more familiar in relation to the decorated American poet of the same name. The three books he did publish, however, are long overdue for a second look. Surely we can grant that much consideration to the man Ishmael Reed called “Richard Pryor before there was a Richard Pryor. Richard Pryor on paper.” 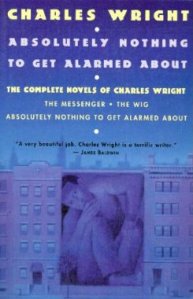 The Messenger is not a great first novel. It is a series of tightly plotted vignettes with no more obvious narrative arc than one might find in a writer’s journal. Wright follows a man named Charles, an African-American writer who works at jobs far beneath him and surrounds himself with drag queens, con men, booze and occasionally drugs. He displays an easy, fluid sexuality with both men and women. After a gay orgy he reflects that, “It was an experience, nothing more. And if I felt like it, I’d do it again. It was as simple as that.” We see him bobbing in the waves, somehow in control of every situation. He considers selling his body on the street and concludes he will be picked up “for ten-plus-drinks, or by a Vassar-type of girl who will want to discuss jazz.”

Despite the lack of a neat arc, Wright’s powers of observation and the strength of his voice draw the reader along. The book opens with a nod to Ralph Ellison’s Invisible Man. Wright’s narrator, Charles, is a squatter in a midtown Manhattan building. The affinity with Ellison is less pronounced thereafter. Wright interjects several racially charged incidents from his protagonist’s childhood, including an occasion on which he is hauled in by police and forced to run in circles around their interrogation room. An officer drops a coin on the floor at the end and Charles, “knelt down and picked up the nickel because that was the only thing to do.” Later, however, he concludes that “the wounds of my childhood were no more than a sudden, sharp pain.” His takeaway from being unfairly denied promotions during military service is equally understated. “Seeing this happen,” he remarks, “taught me things it was good to know.” But perhaps there is no clearer picture of his resignation than in this sketch of Harlem:

“It was almost midnight now. Everything was alive on 125th Street. This was Saturday night, the time when the Negroes let their hair down, relax, get drunk, fight and grumble about Mr. White Man and the price of pork and eggs and the troubles of their cousins down south, knowing that, come Monday morning, it will all be the same.”

Charles works as a messenger, a job which takes him all over the city and brings him in contact with everyone from Wall Street brokers to Broadway talent. He is not awed by these individuals, all of whom are more successful and powerful than he. Instead, these settings heighten the tension between Charles and the world around (or above) him. On a single page, he endorses both the virtues of pimping as a means to supplement a workingman’s income, and the writing of Lawrence Durrell, somehow folding the two into a single critique of society’s expectations of men in his position, a moment which ends the chapter in striking fashion:

“That afternoon, as I walked through the concourse of the RCA building, sneezing and reading Lawrence Durrell, dead drunk from the explosion of his words, I suddenly looked up and encountered the long face of Steven Rockefeller. He seemed startled. Doesn’t he think poor people read?”

The book’s final scene provides no real closure. Charles throws a party in farewell to his squat, during which the super tells him that he can stay, rent free, as long as he likes, but this piece of news is eclipsed by the surging party, a revel that we leave in progress at the novel’s end.

Four years later, Wright brought out The Wig. It was a great leap forward, a full-fledged novel, a brief, blazing picaresque set in “an America of tomorrow.” Wright’s protagonist, Lester Jefferson, describes himself as “Walter Mitty’s target-colored stepson.” He spends all his money on a hair treatment called Silky Smooth, which is meant to straighten and refashion his hair in a way that will allow him to join “The Great Society,” shorthand in the novel for the world of material success, almost exclusively reserved for white Americans. But his new, cascading locks don’t open the doors he imagines they will.

The writer Ishmael Reed, who cites The Wig as an early influence on his work, has written that, “The fact that this novel was ignored tells us a lot about how African-American fiction has been kept in its place.” Indeed, early notices foretold the obstacles the book has endured. The critic Victor Navasky observed that “White folks won’t find much to celebrate in The Wig.” In many ways, The Wig is a terrifically difficult book. The absurdities Wright employs are memorable on their face, but for every Little Jimmie Wishbone, who won fame starring in horribly degrading movie roles, there is a Nonnie Swift, who Lester finds groaning in the hallway, holding her “pancake belly,” about to give birth to a baby which is two years overdue. Lester encounters a series of grotesque figures, like the necrophilic undertaker, Mr. Fishback and a drug dealer who collects Civil Rights relics, among them a hunk of hair from a Georgia policeman’s dog and a charred wooden cross, seven feet high.

Difficult and contentious though it is, The Wig succeeds as comedy. Wright had an unerring sense of the absurd and impeccable timing, as when Lester and Little Jimmie race through the streets of Harlem. Little Jimmie asks for a head start. Lester demurs, but Little Jimmie asks, “Didn’t they give you a medal last year ‘cause the bloodhounds couldn’t catch you?”

Lester’s misadventures offer nothing in the way of uplifting ideology, nor optimism. Navasky called The Wig “a disturbing book by a man with a vicious, significant talent,” and Conrad Knickerbocker said it was “brutal, exciting, and necessary.” Young African-American writers recognized it as a significant book. Nonetheless, six years would pass before Wright’s next book.

It is easy, given the trajectory of Wright’s life after Absolutely Nothing to Get Alarmed About, to read resignation in its pages, to view it as a flag of surrender. Even at the time, the writer David Freeman likened the book to “the rough draft of a suicide note.” Wright had flexed his muscles in The Wig, and the response he received from many corners was strained. He referred to the book as “my retarded child,” and left New York for a time to regroup. His final book is less ambitious. Anatole Broyard castigated Wright, who was then forty, as “pretty old to be promising.” A number of chapters first appeared as columns in the Village Voice. Critics seemed unable to decide whether it was fiction or nonfiction. The New York Times listed it as a noteworthy volume of essays.

Whatever its origins or the makeup of its content, the book has a familiar feel. Charles returns, this time as a dishwasher and porter, among other roles. He is adrift, shuttling between Manhattan and a Catskills resort, performing these menial jobs by choice – the Charles of the book is as talented as the author himself, has two books to his credit, and could, if he wished, forge a comfortable, middle-range life. Instead, he follows the path he’s worn for himself and reflects that “The young protest, riot. The elders bite their lips, inhale anger, or flaunt their power. Nailed between two worlds, I try to stay stoned, clang like a bell in a small tower, comfortable with the knowledge that I’m moving on.”

We recognize tragedy in the wake of sudden, unexpected events. Cases like Wright’s belong to another class. He lived to the age of 75 and enjoyed some acclaim early in the proceedings. The talent he squandered, or abandoned, was formidable. We might slot him in alongside writers like Nathanael West and Jane Bowles, visionaries whose entire body of work fits neatly in a single volume.

In Journal of the Fictive Life, the great poet Howard Nemerov asserted that aspiring writers should “Remember that if you never wrote another line the world would not be poorer.” No doubt this is often true, but in the case of Charles Wright, his silence was a great loss to the reading world.

Originally published, in slightly different form, in Issue 89 of Brick: A Literary Journal.